Behind the Scenes at British Belt: Our AW18 Heritage Campaign

Behind the Scenes at British Belt: Our AW18 Heritage Campaign

Many of us will be sad to see the balmy British heatwave go, but those struggling under the sun will hail the arrival of cool air with feverish delight. Despite the return to a typical UK forecast for this time of year, it still feels fairly disorientating in wake of the Mediterranean climate we’ve been exposed to as of late. In turn, we can’t help but contemplate the arrival of autumn…

So, could there be a more fitting time to venture behind the scenes of our new season campaign?

Last month, we travelled to the heart of rural England to shoot our Autumn/Winter 2018 collection. We hoped to showcase a quintessential slice of British heritage, to spotlight the values we pride ourselves in, and continue to do so for as long as we keep handcrafting belts! Located on the outskirts of Northamptonshire, Natural Light Spaces in Weedon Bec was an overall winning location.

Built as a Military Ordnance Depot during the Napoleonic War era, this historic Grade II Listed site features a host of redbrick, factory-esque buildings that were originally used to store defence tools for the British forces. Delving into our own armoury of belts meant we could shoot our timeless pieces in a way that reflects a chequered British history, yet still aim to raise your style rank to the next level. Every pun, greatly intended.

British manufacturing remains at our core, and it was critical that the aesthetic complemented our handmade belts and bags. The option to alternate between historical, derelict structure and classic, clean interior offered the perfect blend to do just that.

A picturesque canal, vintage vehicles and overgrown areas of shrubbery meant the surrounding natural landscape was akin to a countryside weekend escape. However, even with the perfect location under our belt, there was still concern that the 27 degree summer heat would impede a winter feel. Luckily, the arrival of clouds inspired a bright, autumnal day instead. Just spare a thought for our models. Woollen jumpers and pea coats gave little mercy over the hottest week of the year!

Indoors, natural light was key in creating the right atmosphere for the shoot. Nine beautiful, large Georgian windows gave us ample scope to play with indoor lighting. We also made use of quaint-looking props littered around the studio, and found the whole scene worked hand in hand with our formal range.

Speaking of formalwear, we couldn’t end a British heritage campaign without honouring the commuter. A picturesque train station just a short drive from the location gave us a perfect vista to shoot a 9-to-5 series for the travelling professional.

Unfortunately, a swarm of unwelcome visitors also joined at this point… thunder flies! Anyone who’s ever been in the vicinity of a mass thunder bug mob will understand the discomfort and annoyance they can bring, especially when you’ve got more important things to focus on. Forgive us if we’re wrong, but suave and collected businessmen surely never have to deal with facial bug-swatting!

In terms of the AW18 collection, our leather belts and bags are built to endure. They’re designed for you to shape your own story, on your own terms. And with the arrival of new shades in some of our bestsellers, Stratton in green and Langham in oxblood, there’s opportunity to inject seasonal colour into your style, but more importantly – your story. Even city-dwellers dream of rural adventure from time to time, and this collection promises to find you a unique companion to assist with just that. 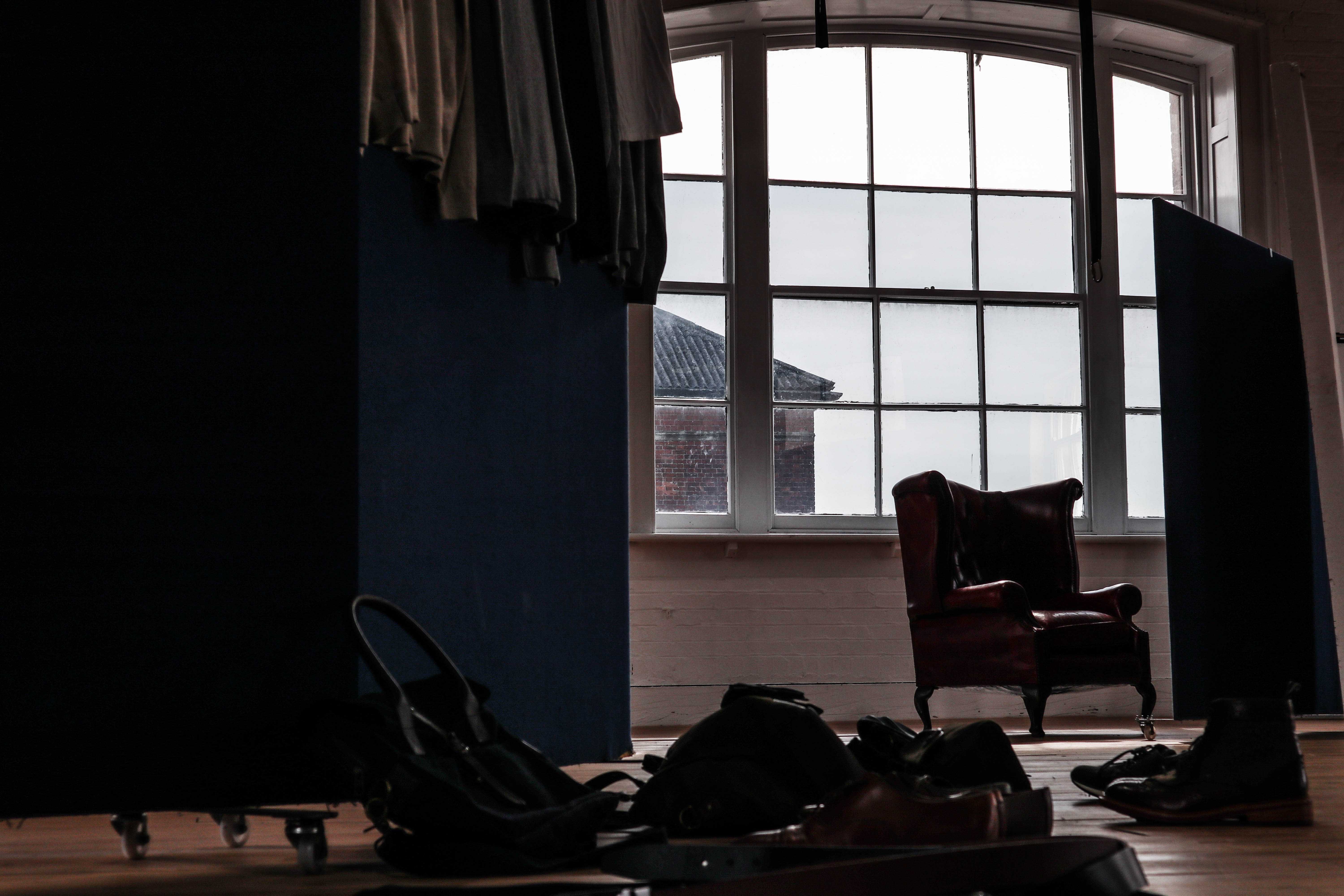